Centre for Interspecies Mutual Support in Troubled Times (CIMSITT) presented “Song for the Birds” on February 6, 2022 Mohkínstsis (Calgary, Alberta), Treaty 7 Territory The Traditional Territory of the Blackfoot Confederacy, the Tsuut’ina, the Îyâxe Nakoda Nations, and the Métis Nation of Alberta, Region 3.

On February 6th, 2022, CIMSITT supporters gathered at EMMEDIA to participate in a community meeting and workshop led by a group of sparrows and aspen leaves who are passionate about supporting the work that CIMSITT is doing. The sparrows are dedicated to helping to rescue their friends, the ducks, from certain death in the tailings ponds in the Athabasca tar sands.

During the meeting, the sparrows presented a call to action to rescue ducks captured in the tailing’s ponds. The Aspen leaves, with the assistance of people in the community, developed a plan of action which was then executed. A discussion followed and community responses were prepared to be sent to the Canadian Energy Centre aka the Energy War Room. A CIMSITT volunteer translated the sparrow’s call to English and a full transcript of the translation will be stored in the CIMSITT archive.

This meeting and workshop were part of an ongoing process of interspecies communication that CIMSITT is dedicated to. Our intention is to bring together different species who are committed to supporting each other by sharing their knowledge, survival skills, resources, and experience in these troubled times. Participants signed postcards declaring their support of CIMSITT's work to protect the species threatened and killed in the tar sands ponds. The postcards were addressed and mailed to Tom Olsen, CEO of the Energy War Room. Thank you to everyone that participated and for supporting CIMSITT’s work. 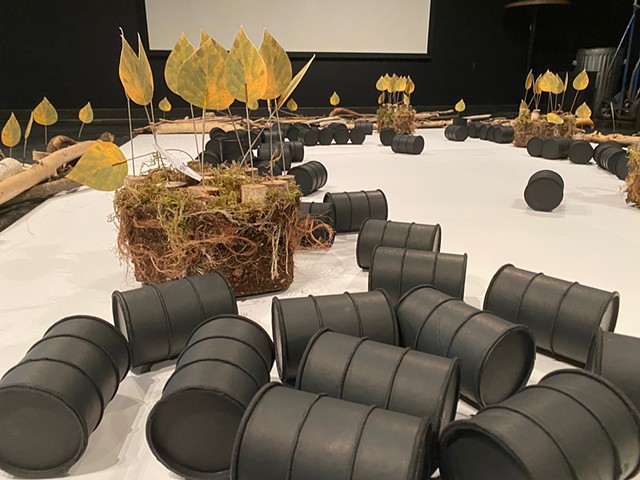 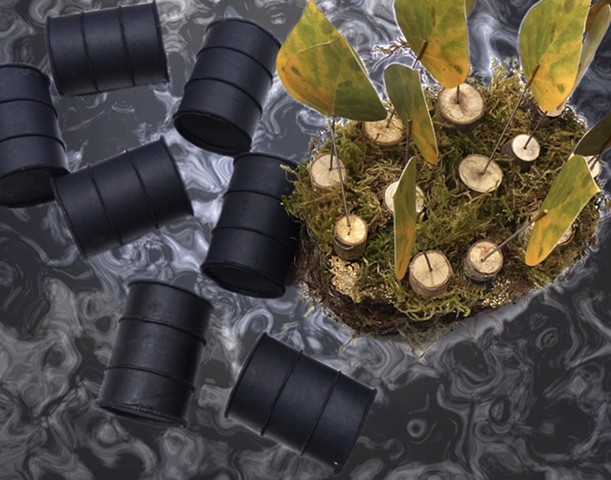 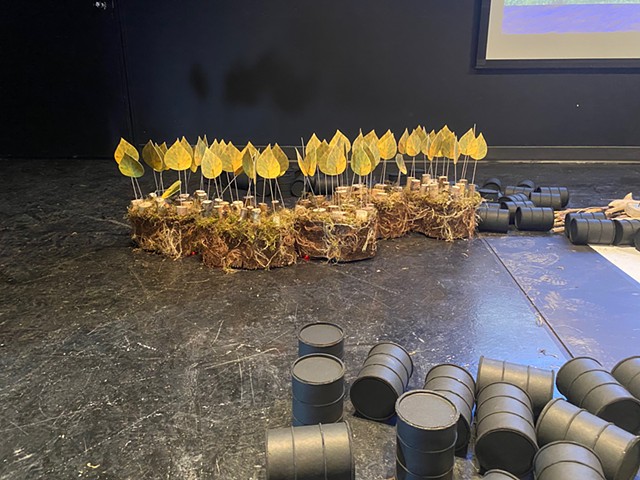 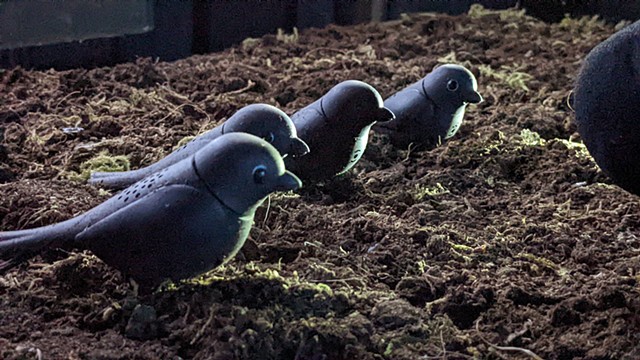 The sparrows
participatory workshop at EMMEDIA 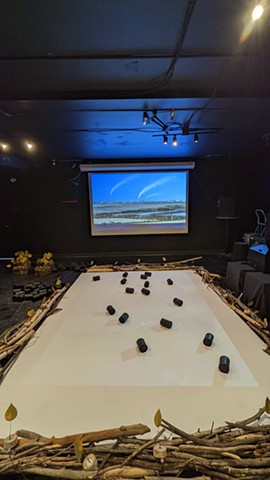 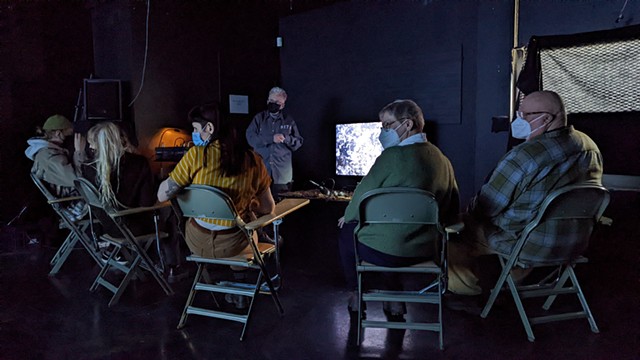 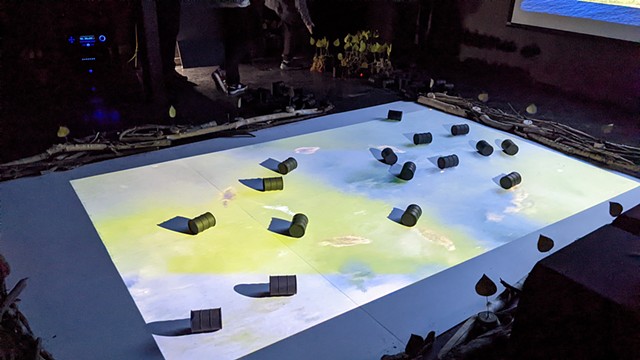 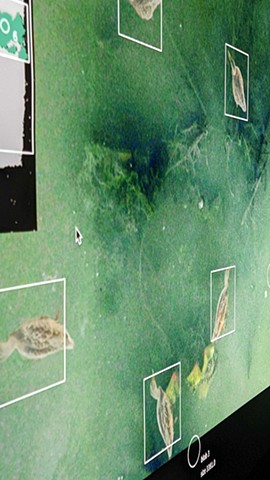 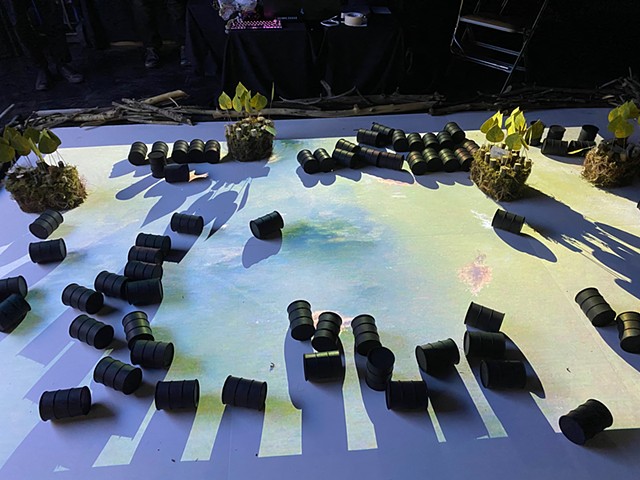 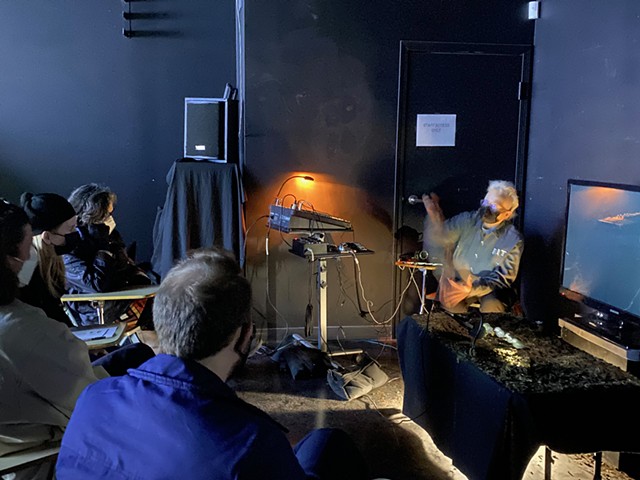 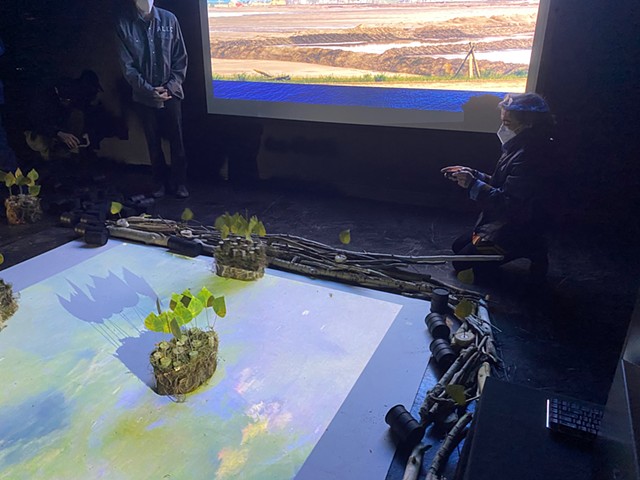 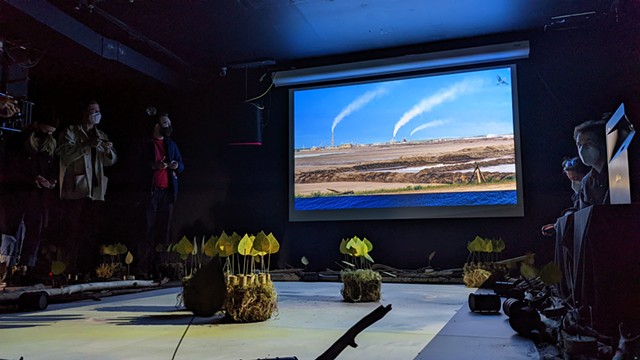 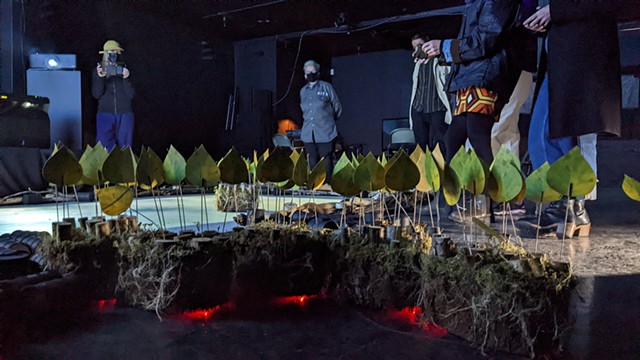