Though the ghillie suit's precise purpose is to blend in, Bartol's version is out of step with its environment. In this way, she effectively exposes both how our "communion" with nature is frequently performed for the purpose of inflicting violence and control, as well as the vast distance between our human world and the natural one. - Kimberly Phillips, Far Away So Close, Part III exhibition publication

In Forms of Awareness: Ghillie Suit, military camouflage is re-positioned in the open air of suburban neighbourhoods. Appearing in parks, backyards, trails, naturalized areas, and spaces slated for suburban development, Ghillie attempts to blend in but often fails. In Scottish Gaelic, the term Ghillie was often used to describe a servant or lad. Often assumed to be male, Ghillie recalls many human/plant hybrid creatures and monsters such as swamp thing or nature spirits that can be found across cultures including Scottish Ghillie Dhu, a wild nature spirit that protects forests. While Ghillie inspires a range of reactions including fear, laughter and bewilderment, she often remains unseen. 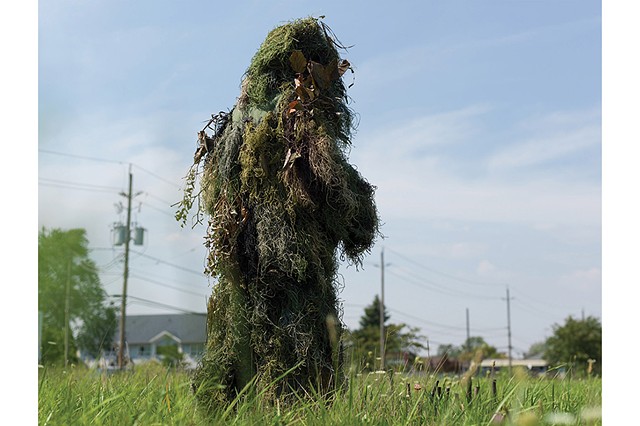 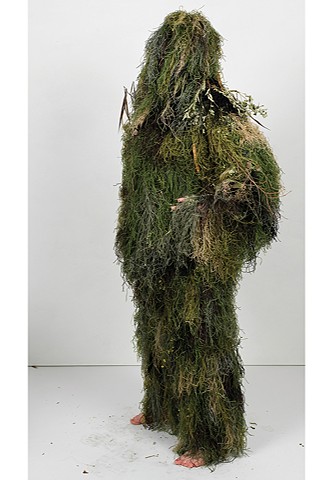 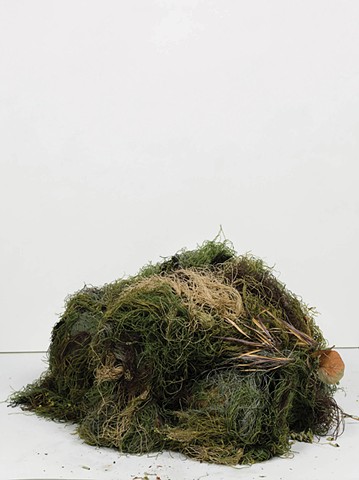 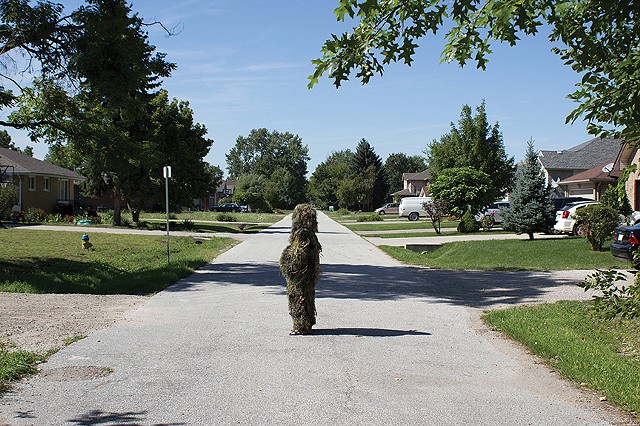 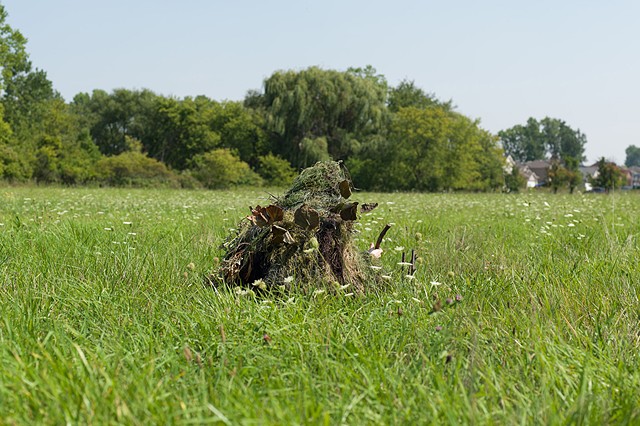 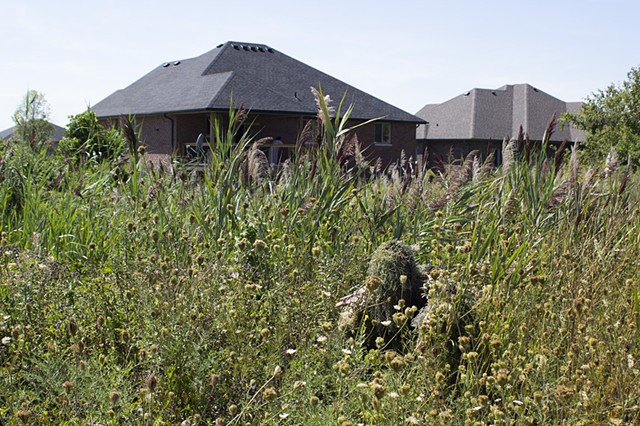 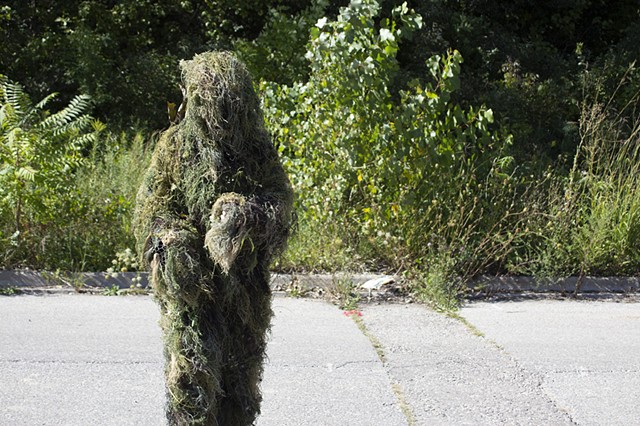 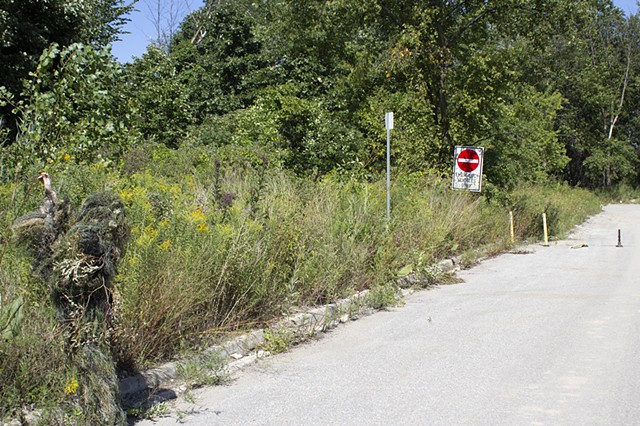 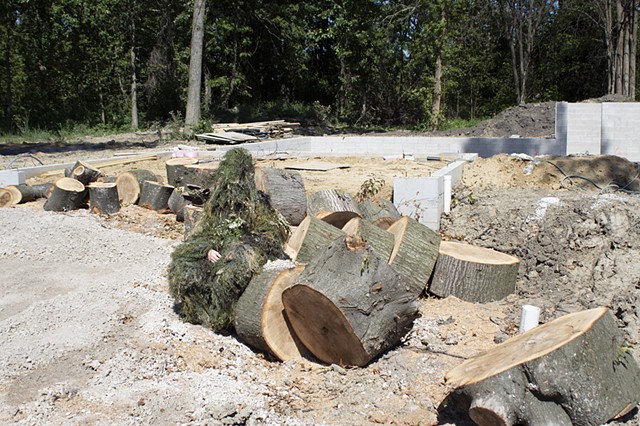 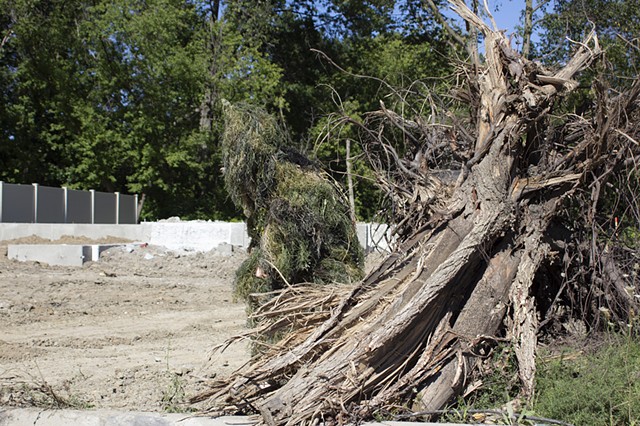 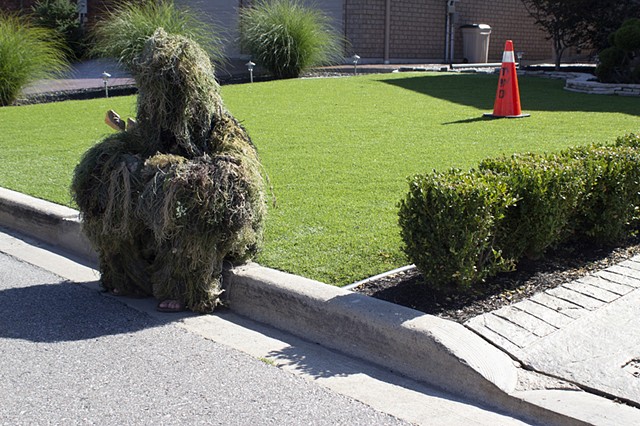 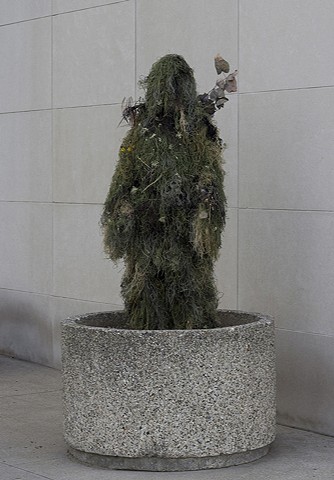 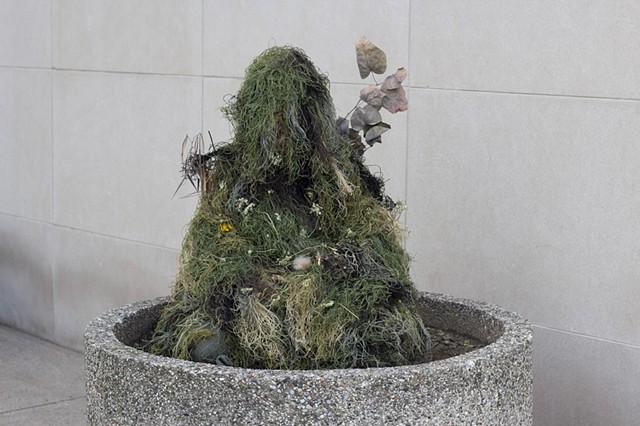 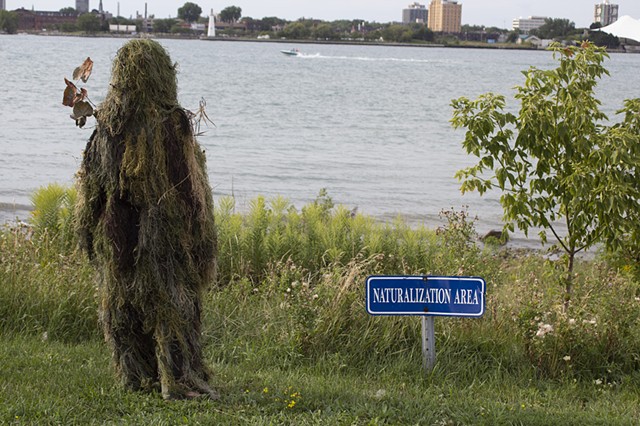 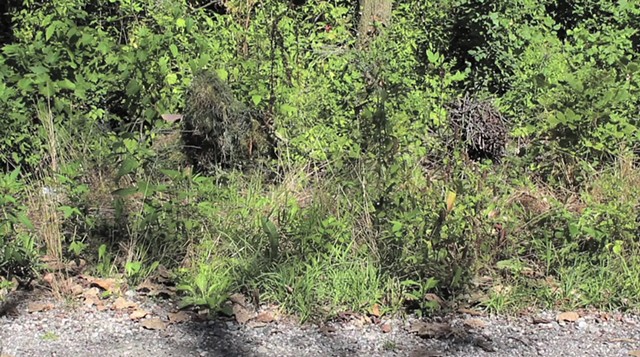