The Landscape of Forgetting is a walk by Camille Turner & Alana Bartol that reflects on the history of slavery in the Windsor region and considers how the past shapes the present. The first walk took place on November 15, 2014 as part of the Neighbourhood Spaces Symposium. It began at the François Bâby House, also Windsor's Community Museum (254 Pitt St W) and continued to Dieppe Gardens at Windsor's Riverfront Park. The walk brings the names and stories of enslaved people into public space and tells their stories as part of Windsor’s history.

Historian Afua Cooper proclaims that “slavery is Canada’s best kept secret”. Researchers have uncovered ample evidence to show that Canada’s early history includes the practice of slavery, an institution that was legal and governed by laws for over 200 years. Marcel Trudel chronicles the presence of 4,200 slaves in French territories that later became Canada. Britain was also a slave society and offered American slaves freedom in exchange for fighting on their side but they didn’t offer freedom to their own slaves. When the loyalists arrived they brought at least 2,500 slaves with them. Slavery is a part of our story that according to Katherine McKittrick, has been carefully landscaped out of Canadian history. Photo credits: Bree Arbor 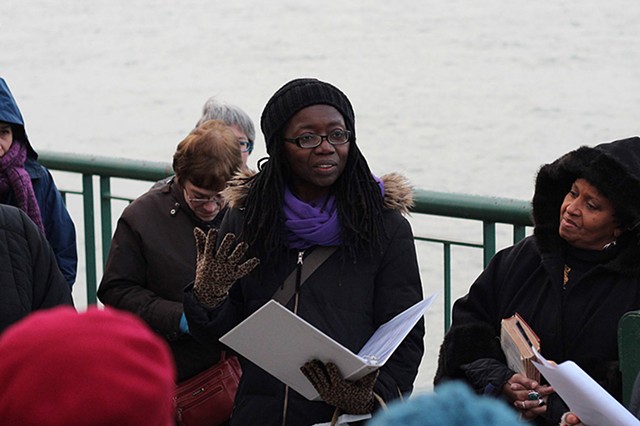 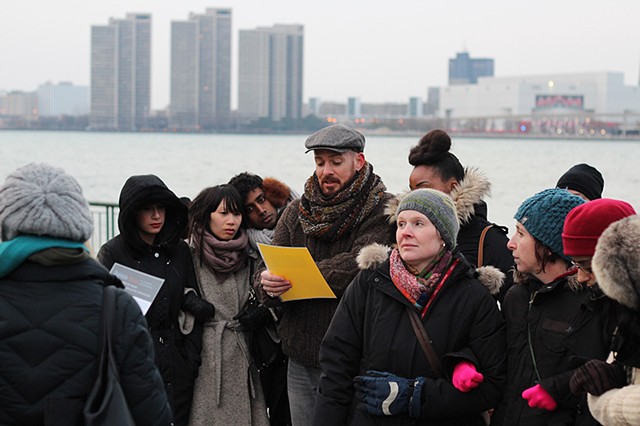 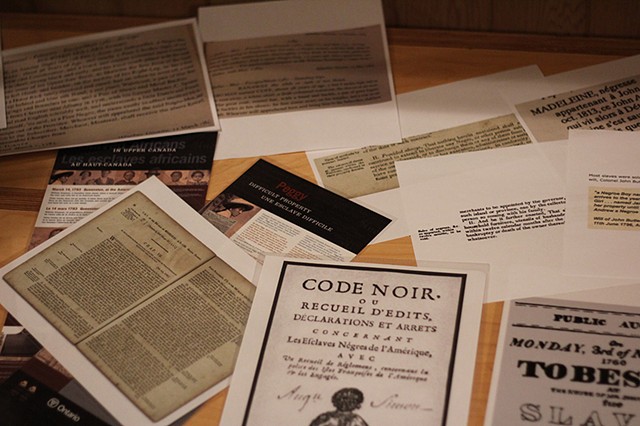 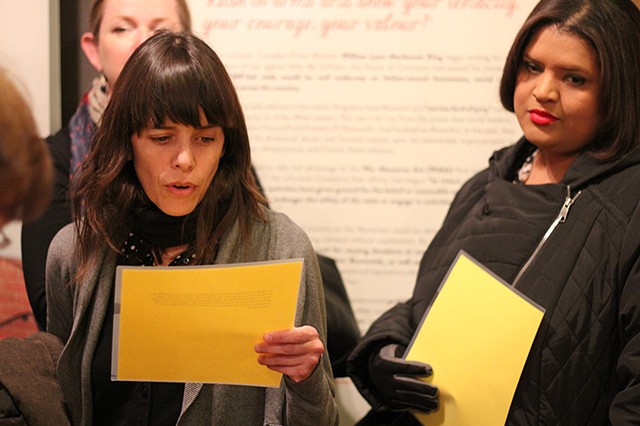 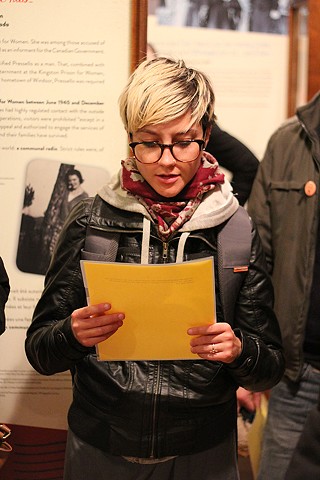 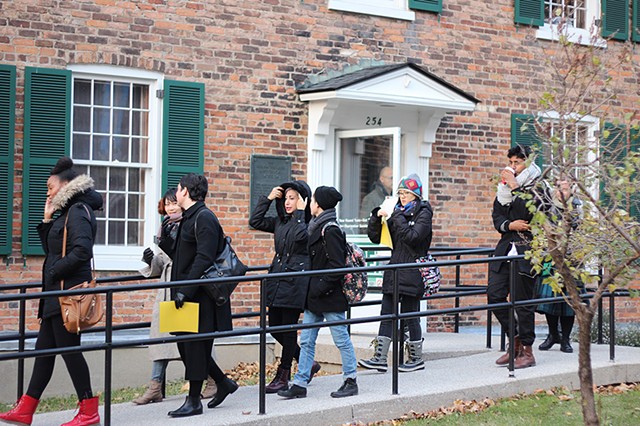 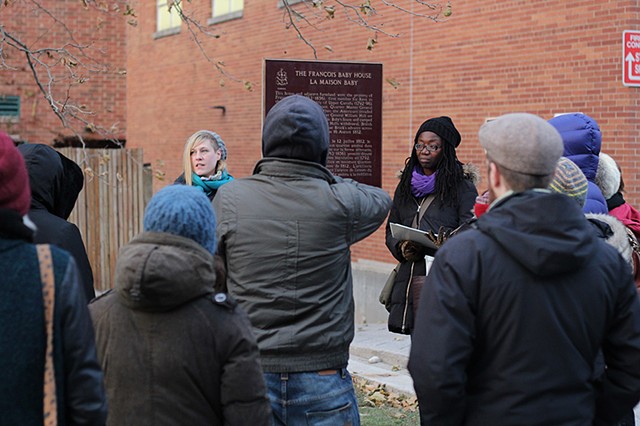 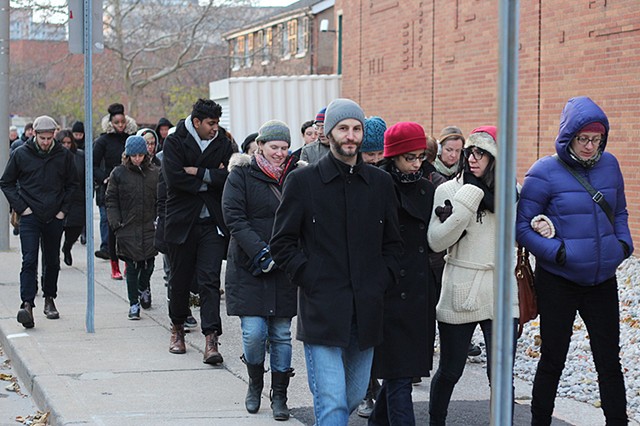 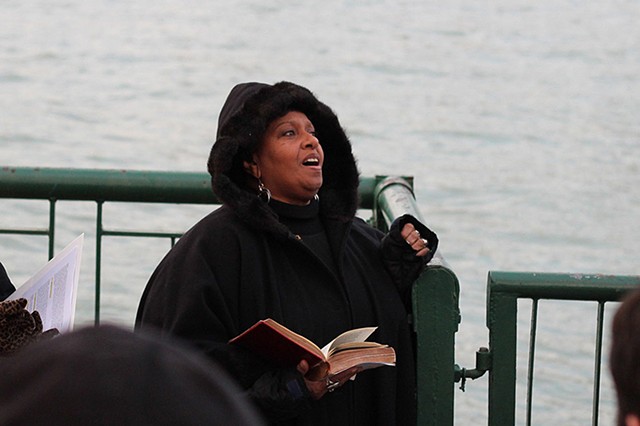 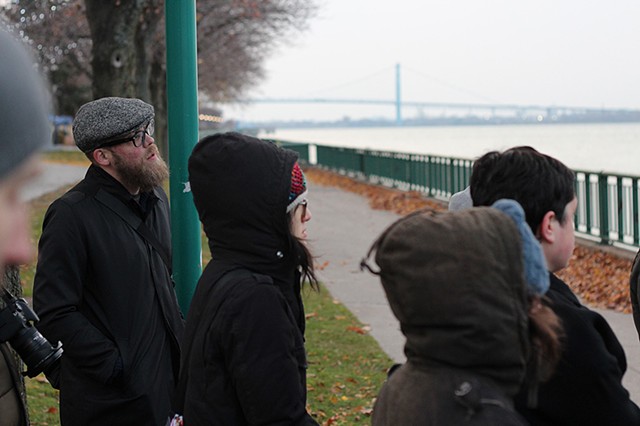 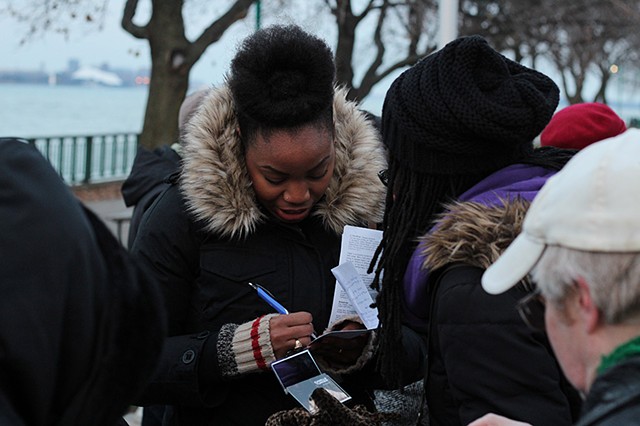 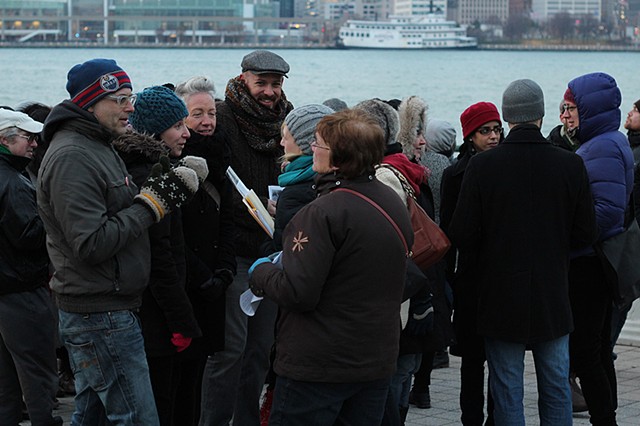 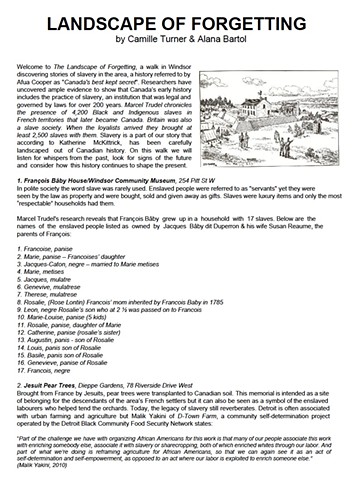 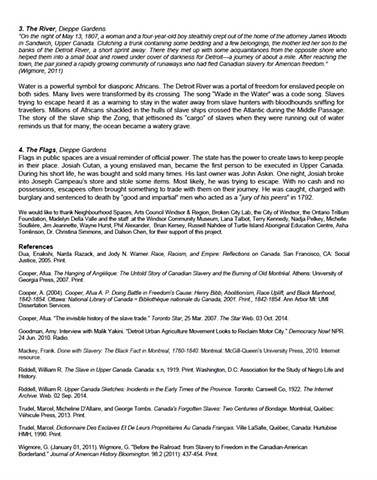